Being the very first Marvel "live action" movie of it's kind, and the first for IRON MAN, it was a complete success! I loved it and I truly believe
the production crew, director, and cast got it right.
After years of mediocre superhero movies before 2008, with a few exceptions, (1989 Batman, and very first Superman with Christopher Reeve),
this was a welcome sight for the comic universe setting up the very first "Avengers" in Summer 2012.
Robert Downey, Jr. takes on the comic role of superhero IRON MAN.
Lots of action abound and the cast does a "Super" job all around!
If you want to know where it all started before the first AVENGERS "live action" movie, this IS the place to start!

** This edition only has the single Blu-ray of the movie and it comes with a few special features. Now, if you WANT more Special Features,
I would suggest you get the 2 Disc DVD at a used, or good price. It has tons more of the making on this movie, including screen tests from Robert and lots more. I took a few screen shots of the menus on BOTH Blu-ray edition here AND the DVD Edition with has more Special Features and attached them to my review.
** First picture is of the Bluray Special features.
** Second and Third is of the DVD 2 Disc version Special Features. 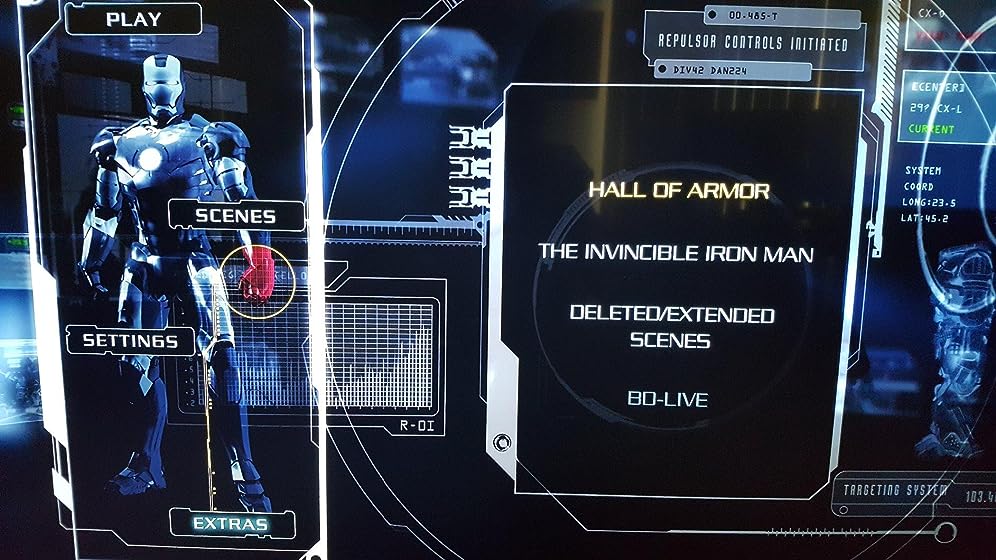 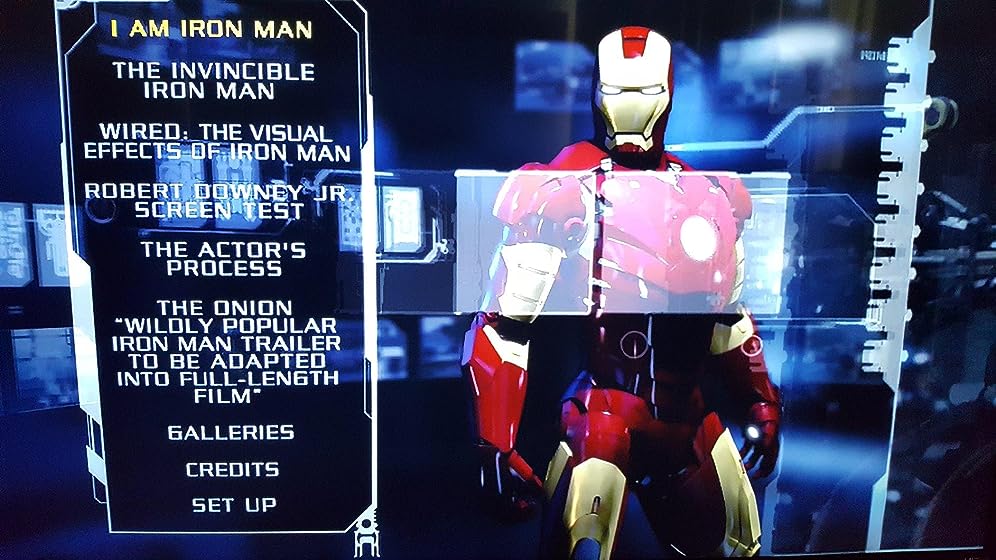 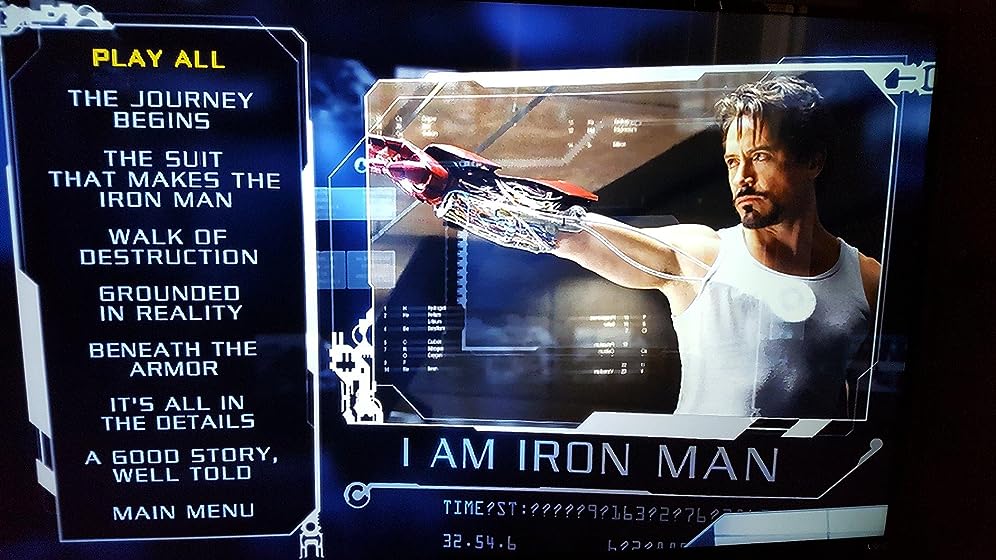