I love this jumperoo, just as much as my son does (maybe even more haha)! Ever since he turned 4 months he's been getting so bored and fussy and needs constant entertainment, so when I got this jumper for him it was perfect! Exactly what he needed. He gets so excited playing in it, and I was worried he would be too young for it or too short but it was perfect. His toes touch the floor so he's able to jump around, and my son isn't even tall for his age, he's actually shorter than average so I was surprised to read other comments saying their babies don't reach the floor.

So here are the pros in a nutshell:
-There's so much for him to do, lots of things to play with and lots of songs to keep him entertained.
-Two different volume settings
-Two different song settings (one is just constant tunes that keep playing even if he's not moving, and the other setting is for when he jumps or moves a toy then the tune comes on - I prefer this one obviously)
-360 degree turning chair so he never gets bored!
-Its safe, you can go about your day, have a cup of coffee, do some work, doesn't need supervision just make sure you're close by or in the same room
-Three height levels so it can grow with him

Cons:
-Takes up quite a lot of room and I've tried the folding option it was hard to do, felt like I was going to break it so I just don't bother doing that anymore.
-Not portable, a bit heavy, hard to move around and it doesn't fit into a typical doorway
-It was a bit hard to assemble, especially putting on the chair. 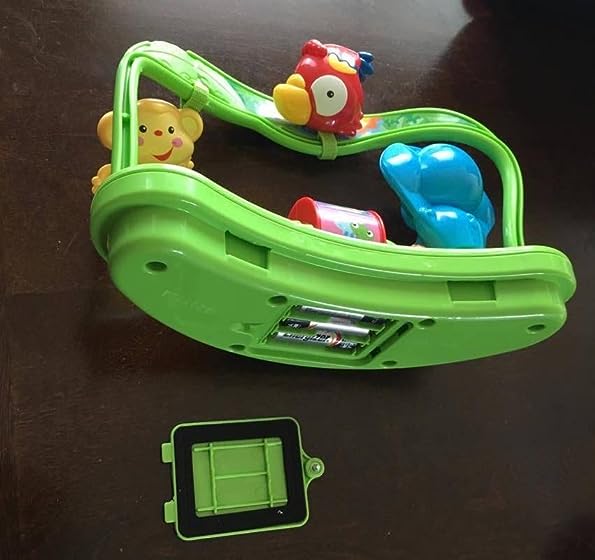 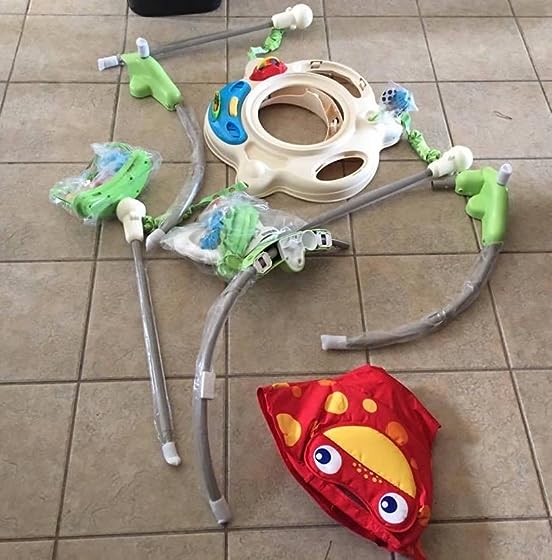 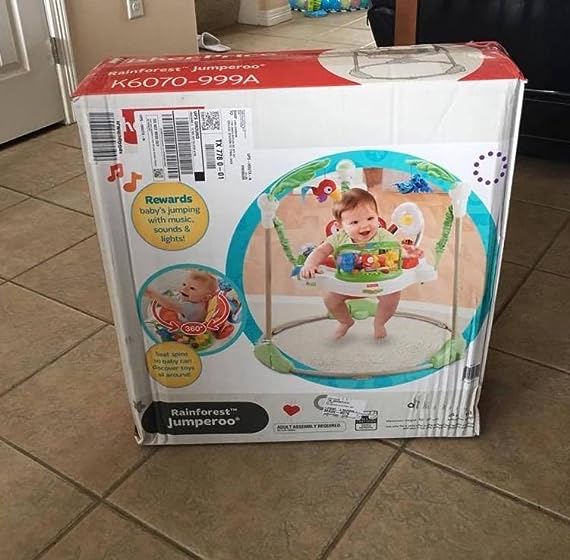 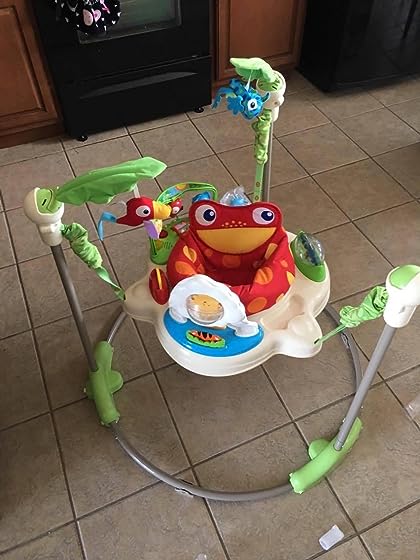 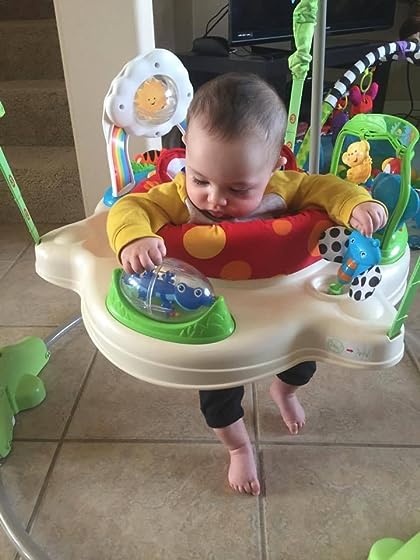