The Huntsman: Winter's War - Extended Edition ~ The "Prequel/Sequel" to Snow White and the Huntsman gets better ~

I do have to say that this is a pretty good "prequel/sequel" to the original movie a few years ago. It basically gives you a backstory to the two sisters and Eric/his love for the woman he thought was dead. Well done! No Kristen Stewart in this one, but we do see a scene where her character has her backed turned to the camera in front of the mirror the Wicked Stepmother used. While that mirror still was in the Castle of Snow White, I will never know. lol While on route by Snow White's soldiers to take the mirror out of her Kingdom, they encounter trouble. The mirror ends up missing and The Huntsman is once again called upon to recover it, with the help of some dwarfs and his former wife, so he thinks.
All in all, a great one here and it looks really good in 2160p on the Ultra 4K TV.
Everyone does a great job in their respective roles. 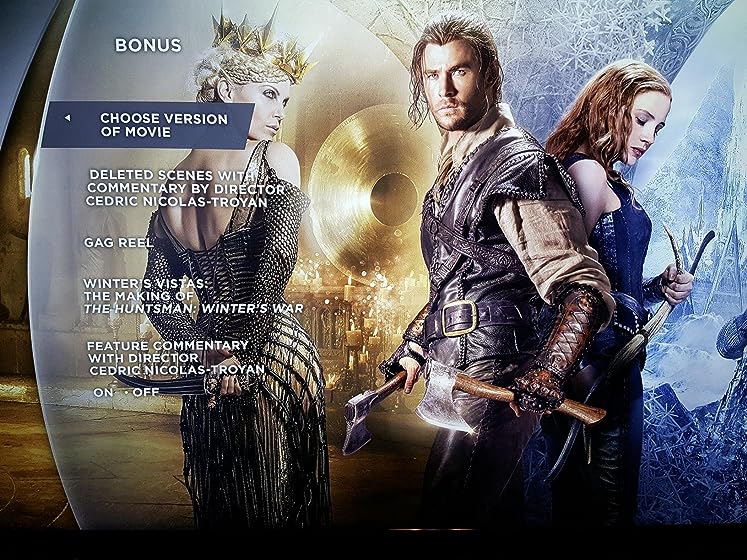