It’s really kind of impossible to say much about this film without spoiling anything, so this functions more of a recommendation. The Russo brothers have come a long way from directing episodes from tv shows like Community to a juggernaut film like Avengers Infinity War. This is the third MCU film by the Russo’s and they seem to just get better with each film they direct. Infinity War is an ensemble picture like previous Avengers films but this works in the most characters into one film to date. This easily could have been a mess trying to balance time with each one of these characters, and for the most part they succeeded. Most all the Avengers, Guardians and even a surprise character get decent time to shine on screen. Each character either gets a great action scene, character building arc or some emotional weight to deal with. Fan favorites like Thor, Black Panther, Star-Lord, Spider-Man and Iron Man all get some great things to do, I felt Captain America (my personal favorite) was a little under-utilized. But I have heard that the characters that don’t get a lot of screen time this time around will have more to do in the yet to be titled 2nd half of Avengers Infinity War.

Thanos get a lot of screen time, as he should. They did this character justice, he’s both intimidating and entertaining. This is a fully fleshed out villain who poses a real threat to the Avengers. Josh Brolin did a great job in the role and the cgi and motion capture used to bring the character to life was a success. The Russo’s also do a great job balancing between humor, action and heavy seriousness. This film hit’s the ground running, no wasted time here. This is an action heavy film, by comparison it makes Winter Soldier and Civil War (both directed by the Russo’s) slow. This even makes previous Avengers films seem very small and less significant compared to the sheer scope of Infinity War, and how much happens. Yes, not everyone makes it out of this film alive, in fact there is so much loss I don’t see this as a very kid friendly film, it’s not over the top or ultra-violent, but there are some dark moments, the Avengers pay a hefty price to try and stop Thanos. I really don’t have any complaints about the film, but I suspect some might have a problem with the ending, it’s very Fellowship of the Ring, it just kinda ends and on one heck of a cliffhanger. And yes, there is a post credits tag scene, just one, and at the very end of the credits. It might not be the most exciting or funny end credits scene, but boy does it set up something quite big for Avengers Infinity War 2 (or whatever it’ll end up being titled). 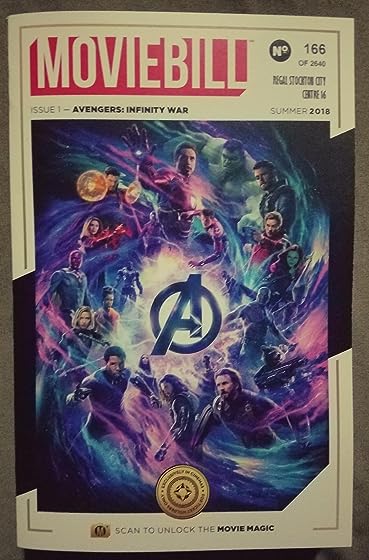