The Huntsman: Winter's War - Extended Edition 'AND THEY ALL LIVE HAPPILY EVER-AFTER ??'

This the story as it began....and beyond.
When her young baby daughter has seemingly been killed by her lover 'Freya' (Emily Blunt) uses her long-since
forgotten 'Ice-Powers' to vent her grief killing him.
After which she abandons her sister 'Queen Ravenna's' (Charlize Theron) kingdom to create one of her own in
the north.
The kingdom she builds is in effect an ice-bound world, she commands that there will be no love in her domain..
she sets out to create an elite army with children trained-up to become her all-conquering soldiers...among those
'Eric' (Chris Hemsworth) and 'Sara' (Jessica Chastine)....the two after years of fighting for 'Queen Freya' break the
golden rule by falling in love and marrying.
The Queen confronts the two and creates an ice-wall to separate them, 'Eric' is cast out of the kingdom believing
'Sara' to have been killed....
Many years have passed, seven years after the evil sorceress 'Ravenna' had been killed, 'Queen Snow White' has
fallen ill after hearing 'Ravenna's' magic-mirror calling her.
'Snow White' orders that the mirror be taken to a safe place where it can do no more harm, however en-rout the
mirror goes missing.
'Eric' who these days ekes out an existence living of the fruits of the forest is asked as a fabled Huntsman to track
down the mirror and prevent it falling into the wrong hands.
'Eric' is joined by two dwarfs on his mission, when attacked by Huntsman in the service of 'Queen Freya' they are
saved by 'Sara' who 'Eric' had thought dead all these long years, but where do her loyalties really lie ??
The Mirror now in 'Freya's' hands.....by using the words 'Mirror Mirror on The Wall who is the Fairest of Them All'
she draws out, unexpectedly 'Ravenna' who's spirit had been trapped in the mirror these last seven years....
'Ravenna' demands control of her sisters army so she can march upon 'Snow White's' forces and reclaim the Kingdom.
Can 'Eric' and his small band prevent 'Ravenna' from imposing her evil intent upon the Kingdoms in the South ??
The Story will i'm certain resurface....it is not the end ?
Chris Hemsworth and Charlize Theron revisit their roles from 'Snow White and the Huntsman' to again fight the
battle of Good versus Evil
The fairy tale continues, though Snow White is nowhere to be seen, she remains a key-figure in the plot...
With much light humour and some enjoyable fight-sequences along with the visual powers of Freya and Ravenna
the film is an enjoyable spectacle and is in my opinion certainly the equal in terms of entertainment-value to 'Snow
White and the Huntsman'
The presentation has both the 'theatrical and extended version on-board along with the option on the two-discs to
view in either 3-D or Blu-ray.
A word of caution for younger viewers there is some coarse language along the way.
Features -
Gag Reel
Dressed to Kill
Love Conquers All
Behind the Scenes with the Cast
Blu-ray Exclusives -
The Two Queens and Two Warriors
Deleted Scenes with Commentary
Meet the Dwarfs
Magic All Around
A Look at the Visual-Effects
Directors Commentary with Cedric Nicolas-Troyan 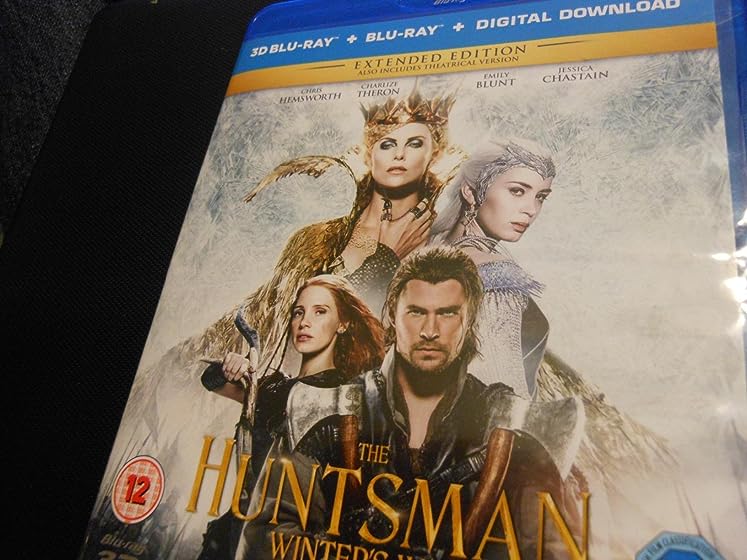 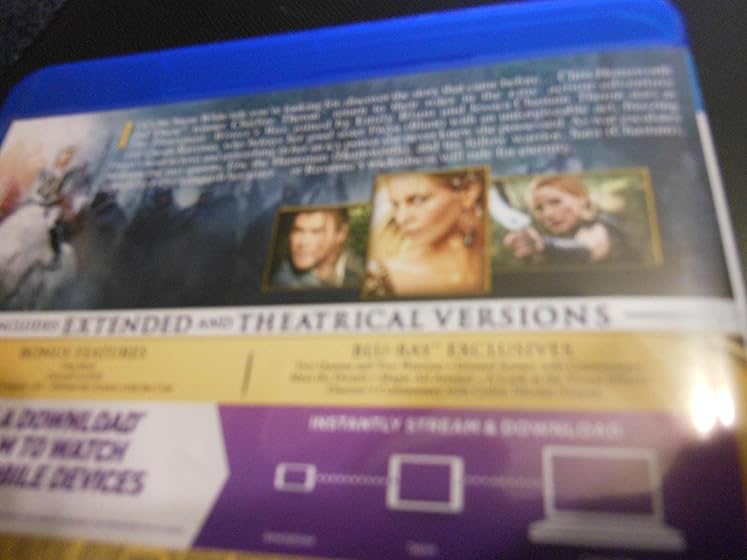 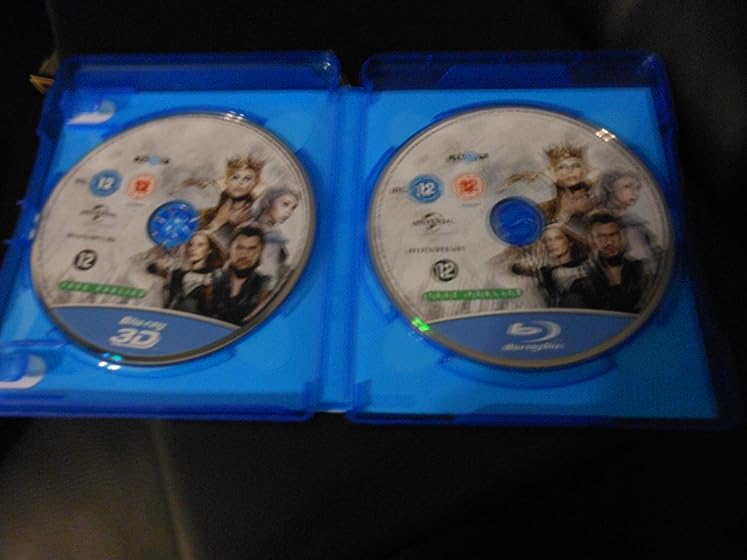 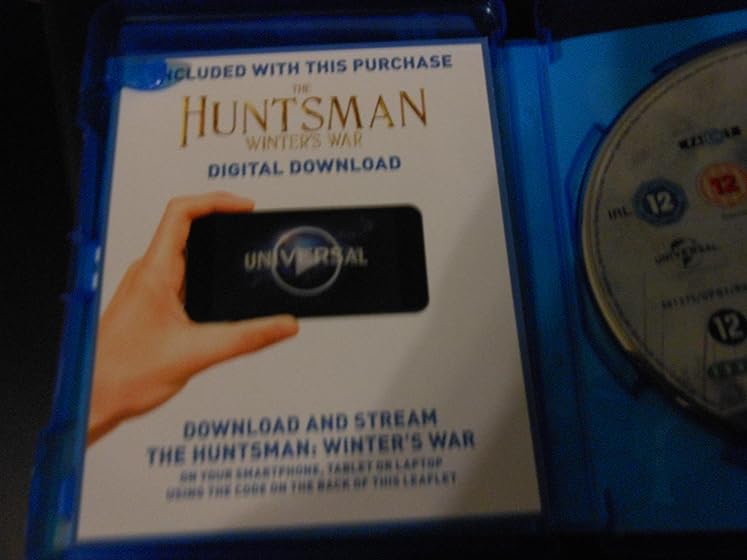 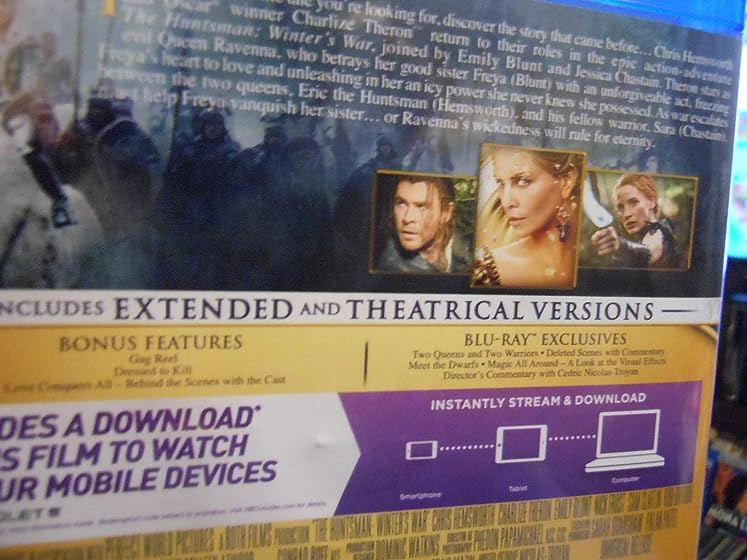 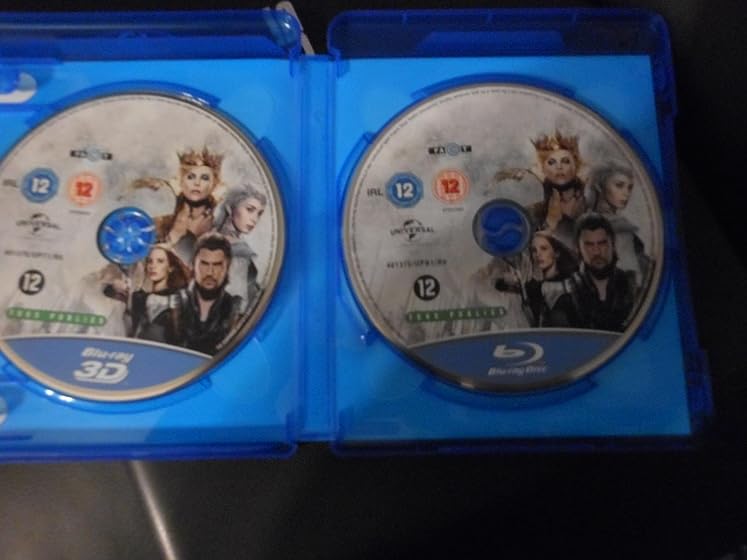