And then, Thanos showed up... Finally, after being teased all of those years ago as the big bad guy who was coming to tear the universe apart. It completely changes the game and the stakes are higher than ever. Even knowing the story of the Infinity Gauntlet and Thanos' relationships with certain characters did not take away from this movie. It may indeed be in major part to the performance given by Josh Brolin as Thanos. Even though he's masked by CGI, his acting ability bleeds through and they did a really good job of translating his face into the character.

Of course, seeing the fullest lineup of heroes to date is really awesome as well. It keeps the movie rolling constantly and there are very few scenes that feel like they're not necessary. Marvel has gotten used to making their movies with the formula, filling it with comedic scenes that march the movie along in no particular rush but keep the general audience entertained. I don't feel like the first phase of films were like that until the comedy starting raking in the money. Regardless, Infinity War has it all, and to see Black Panther back after that amazing film wowed me as well... just all around awesome.

I have to say that this release is exactly what you look forward to when a movie comes out on disc that is a blockbuster like this one. Lots of special features about behind the scenes and how far the MCU has come. There is an audio commentary with the directors and other guests, and overall the release looks amazing in 4K. This movie is worth the few extra bucks for the 4K Ultra HD as it is meant to be seen in full color like this. Too often these blockbusters release with no extras and an okay transfer, but I was shocked by how into this movie I was. 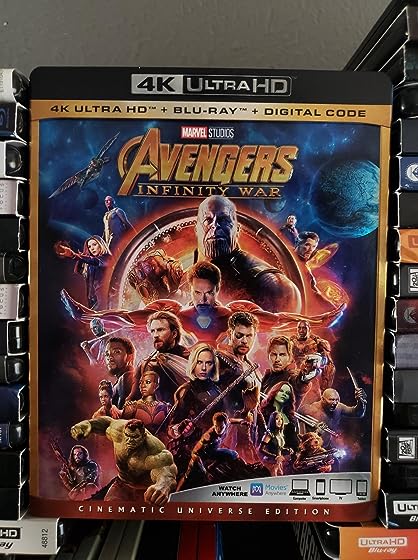 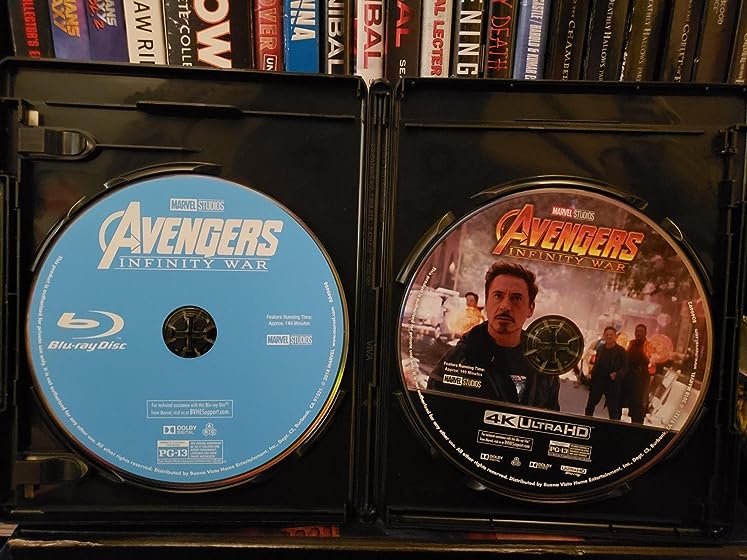 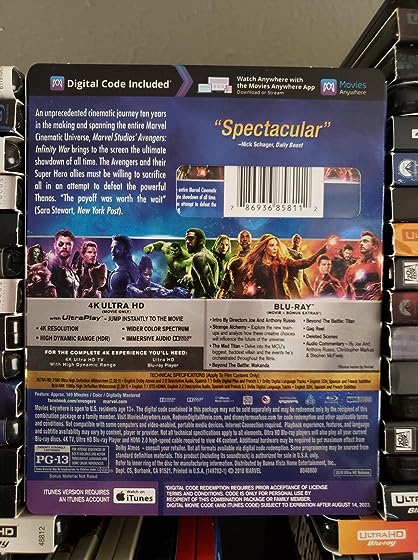